I am Garret Wing, Founder & Owner of DIYK9 and American Standard Dog Training. Let me start by thanking you for considering our Online Canine Training Courses. Our mission here at DIYK9 is to provide the highest standard of dog training material on the market - and to exceed the expectations of our clients. As you will see below, our level of training and experience is untouched by most other civilian dog trainers out there.

NICE TO MEET YOU

Here are some of the highlights and credentials of my 20+ years’ experience in working with police dogs. 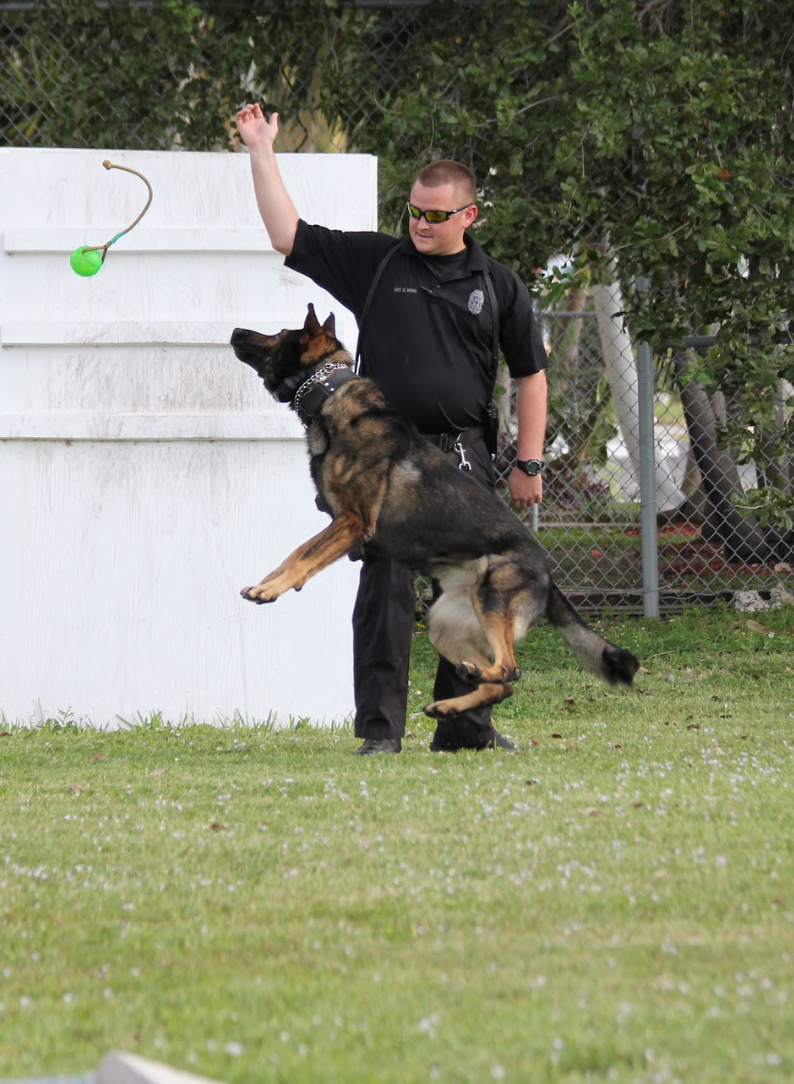 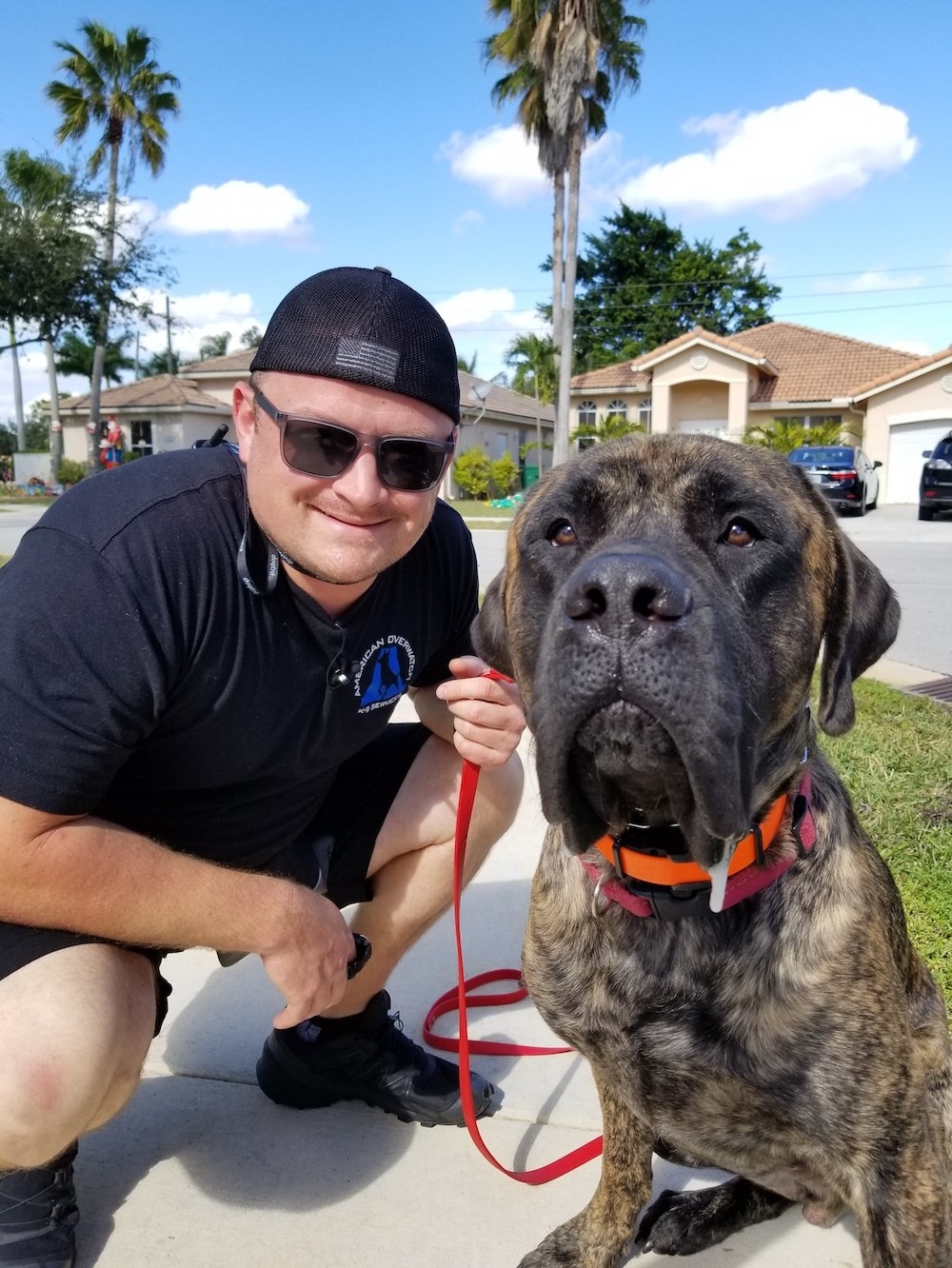 My Life with Dogs

The companies I have founded and operate (DIYK9, American Standard Dog Training & American Overwatch K9 Services) are the culmination of decades of personal experience living and working with police K9s. My father worked as a police K9 handler for nearly 30 years, for a major metropolitan police agency in South Florida. When I was born in 1983, there was already a fully trained police K9 in our home, as part of our family.

Police dogs have always been a significant part of my life. When I grew up, my father’s police dogs were like brothers to me. Instead of conventional family holidays, we would travel to police K9 competitions and demonstrations across the country. Some of my earliest memories revolve around traveling to these events and watching my father and other police K9 handlers compete. Over the years, I have watched thousands of dogs and handlers compete. And to this day, I still get excited going to these competitions. But, now I get to join in the competition myself - and train others to compete as well. 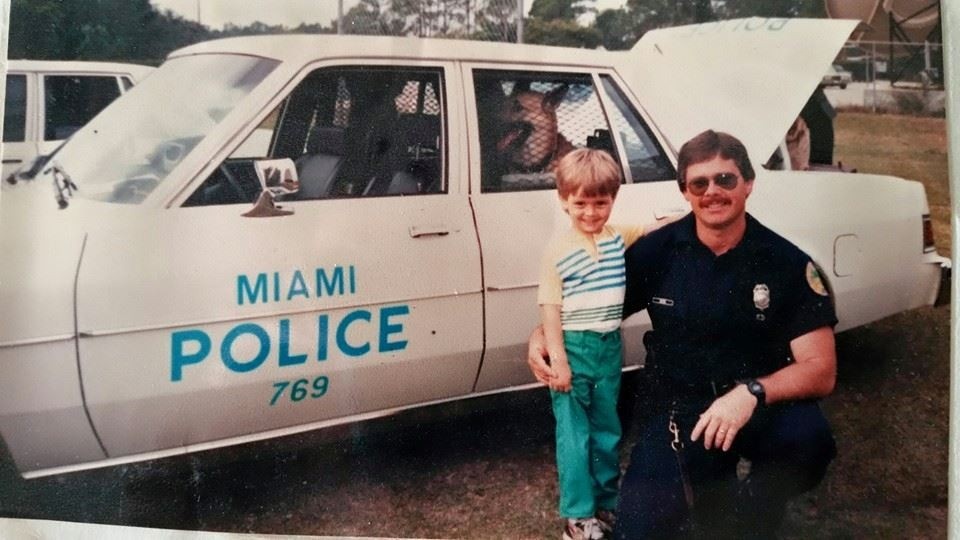 "I’ve had the DIY course for a few weeks and I can say this man is a genius when it comes to training dogs. 100% recommend his DIY course!"

"I love your videos they have changed my life and my dogs life! Thank you for pushing out a fountain of great knowledge for people, it helps tremendously."

"I cannot explain how much your videos have helped me and my new pup. Love your content and thanks for all you do! 100% recommend these DIY courses!" 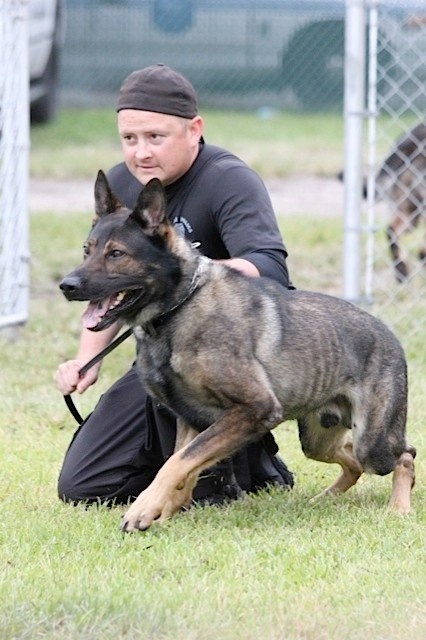 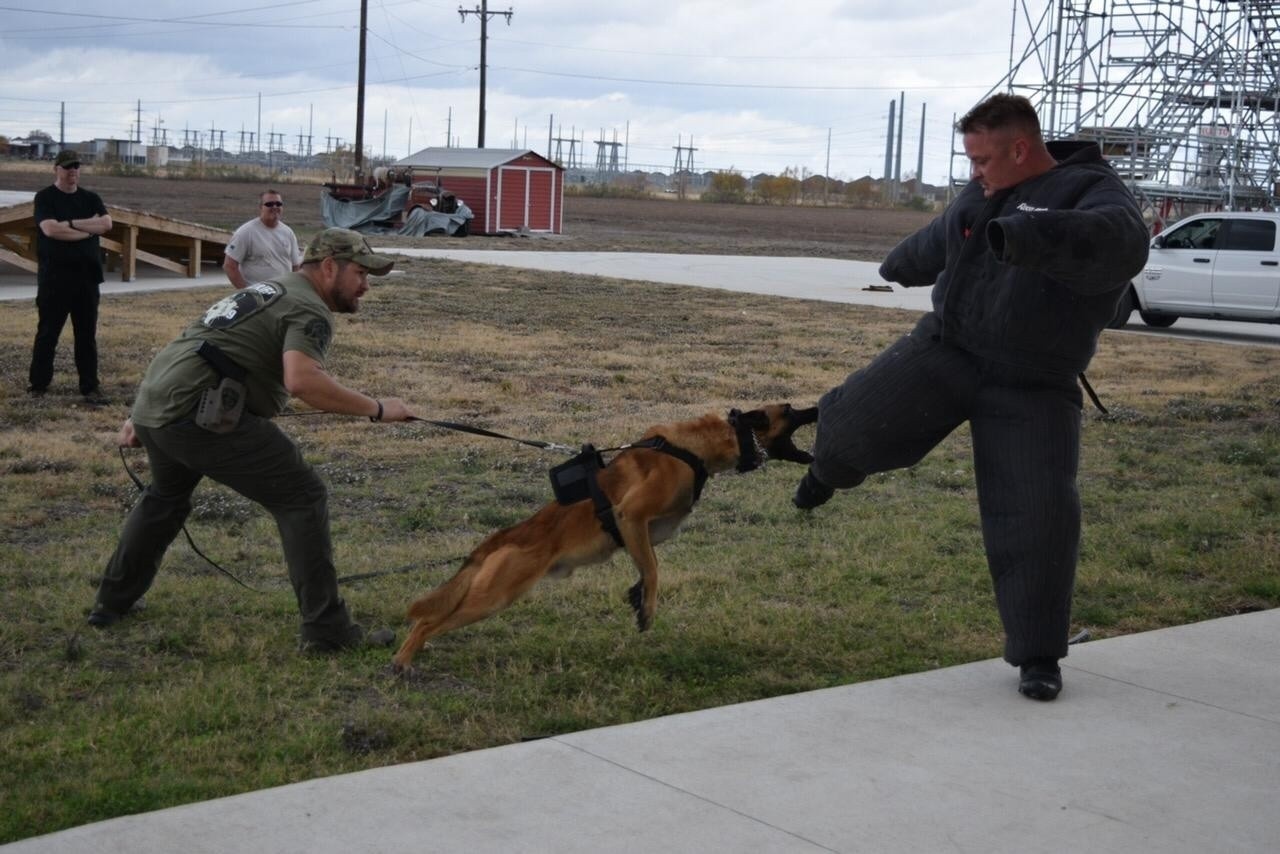 It would be an understatement to say that I “grew up around police K9s”. My first time catching a police dog on a bite sleeve was at the age of 8 years old. Back then, my father was organizing a police K9 demonstration for a kindergarten class, and his usual decoys were not available. Therefore, he threw the bite sleeve towards me, and told me to hide in the bushes.

Cowering there in those bushes, I knew that the incoming dog was my family pet. But I also knew that when the time came to work, this was not the same animal I was used to petting at home... Right after I had finished that thought, a 100-pound German Shepherd Police Dog came plowing through those bushes, intent on crushing whatever he would find. There was fire in his eyes, and all semblance of the sweet family pet I knew from home was gone. The dog looked possessed, and I was all but paralyzed with fear. But there was no time to think about my fear, so I just stuck my arm out, and delivered the sleeve as I had seen decoys do many times before. The massive German Shepherd came in, bit the sleeve, and it was all over in a moment. This was a tremendously powerful experience for a boy of my age. And by the time I walked out of those bushes, I was forever changed.

Fast forward to the age of 16, I started going on ride-alongs with my father during his shifts. He would mostly work the afternoon- or night shift, and he was an extremely pro-active police officer. Therefore, we would find action almost every night, working in a very busy and often violent big city.

During one of those nights, I experienced my very first police K-9 search/track for a criminal suspect. I walked closely behind as the K-9 on duty (my father) tracked and apprehended a suspect. The suspect had fled from the police, and was refusing to leave his hiding place. I was present from start to finish of this operation, and after that night, I was "hooked".

There is no hunting like the hunting of man, and those who have hunted armed men long enough and liked it, never care for anything else thereafter.

Most of the times I rode along with my father on duty, we would get the opportunity to either deploy his own K9 - or back up another police K9 handler in pursuit of a suspect. The officers involved were very proficient, and the deployments always ended in the K9 locating, and apprehending, the suspect.

By the time I was 18, I had been on more K9 searches (and witnessed more K9 apprehensions aka "bites") than most police officers would in their entire career. Accompanying K9 teams during a search is considered a distinct privilege within the law enforcement community. Such assignments are usually reserved for K9 handlers, SWAT officers, or a very few hand-selected tactically sound police officers. 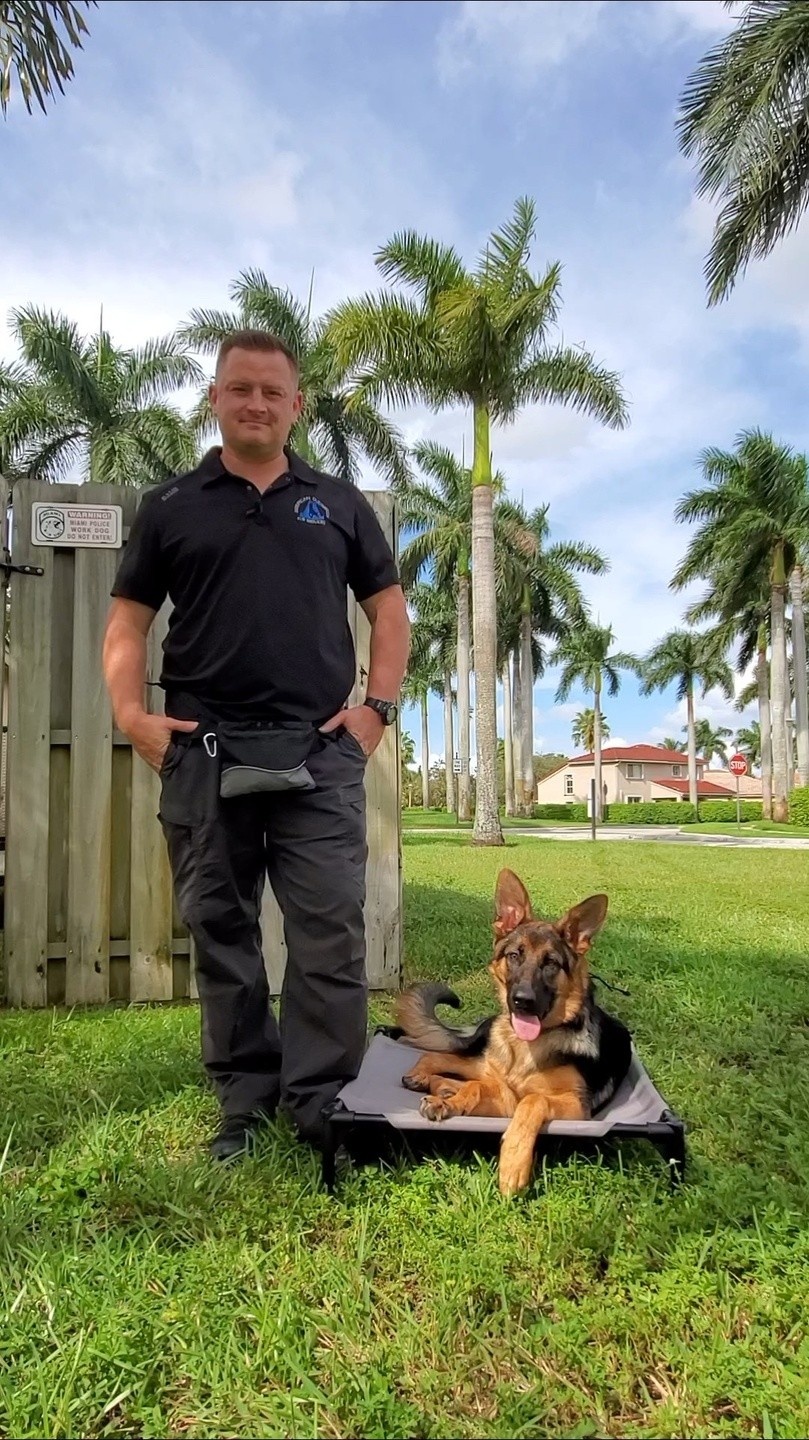 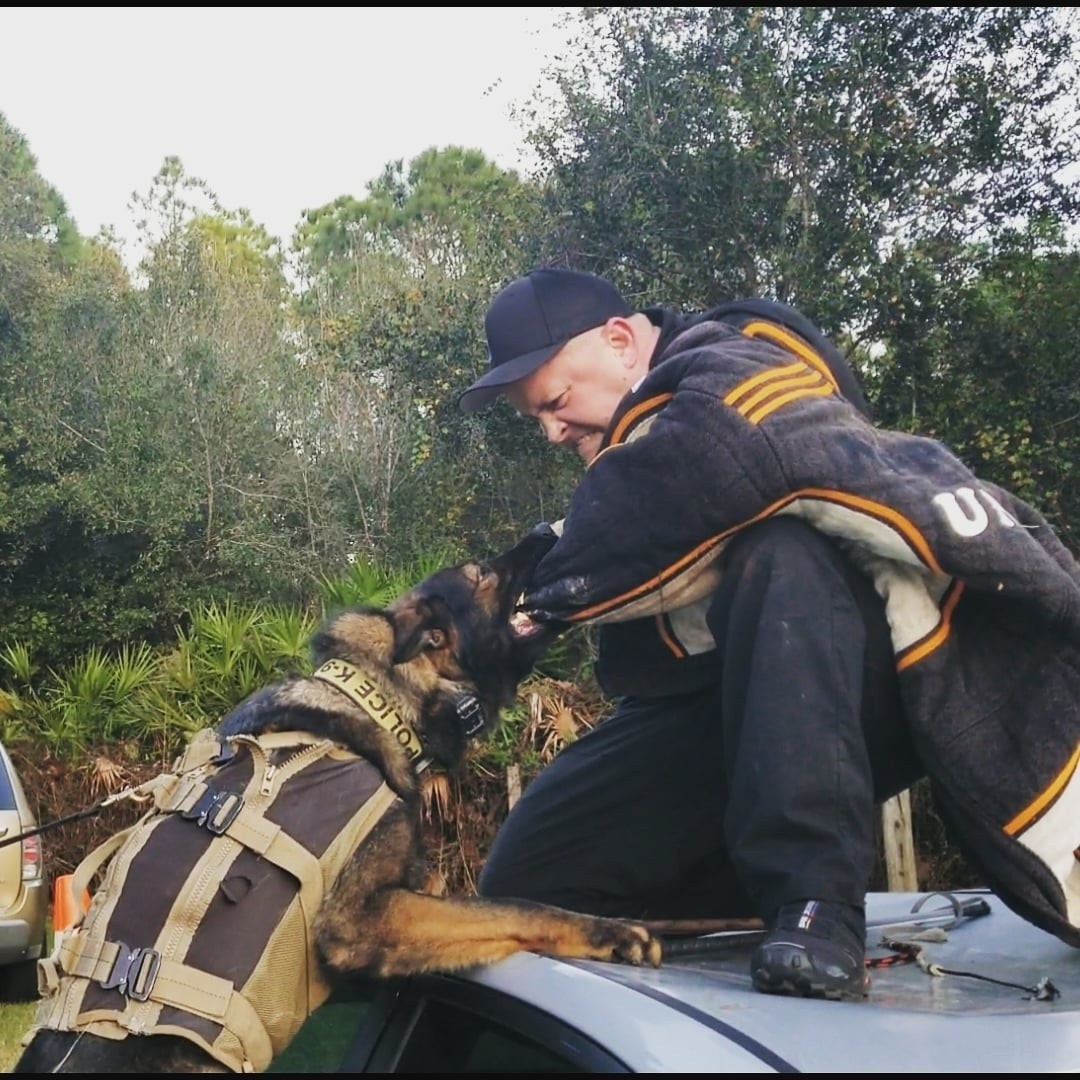 Working as an EOD K9 Handler

When I turned 18, I started working for a well-known company in the field of importing and selling highly-trained canines. This was in early 2002, when our country had just experienced the terrorist attacks of Sept. 11, 2001. I was hired and trained as an EOD K9 Handler (Explosive Ordnance Detection). My job was to work highly trained dogs at the Port of Miami and Port Everglades, sweeping cruise ship cargo. My father took me under his wing, and personally taught me the art of working dogs in odor, rewarding them with toys and praise.

Most of the dogs I worked and trained with were acquired for the purpose of being sold to police agencies across the country. Many were titled Schutzhund or IPO dogs (German Shepherds, Dutch Shepherds, and Malinois), imported from Europe. Our job was to work them at the ports, and keep them sharp - as they would all be eventually shown and sold to police K9 units.

Most police K9 handlers will leave the K-9 unit after working just one dog. By the time I was 20, I had personally worked with, handled and trained dozens of dogs of different breeds, sizes, and temperaments.

In 2004, at the age of 20, I was hired as a police officer at the same police agency my father had been working for nearly 25 years. Yes, the same one where I had already done numerous ride-alongs and K9 searches.  Two years into my career, I jumped at my first opportunity to become a police K9 handler. When I transferred into the K-9 Unit I was working alongside my father and step-mother (also a police K9 handler in the same unit). I don't think in the history of police work there has ever been three K-9 handlers from the same family - serving in the same unit at the same time. It felt like a family-run business! I was eventually promoted to the rank of sergeant and had the opportunity to come back to the K9 unit as a supervisor.

For the next 3 years I was soaking up as much knowledge as I could, whilst traveling to seminars across the country, learning from others in the industry. These were the best years in the department for me, because running a K9 unit devoted to handling and training police dogs to be the best that they can be and hunting for bad guys never felt like “work” to me. 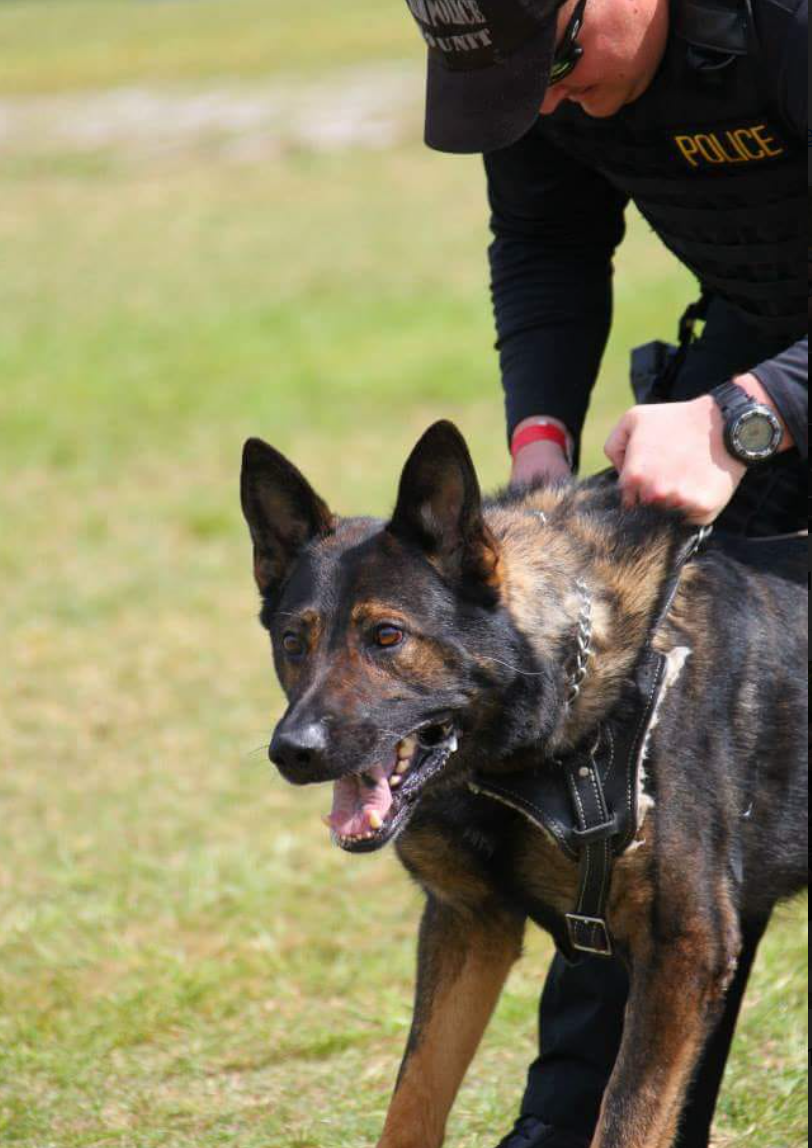 Eventually, I co-founded American Overwatch K9 Services - a successful police K9 training and consulting business. Things were going well, and as it is with these things, people started coming to me for help and advice with their pet dogs.

After a couple of years of constantly turning these dog owners away, I hit a roadblock: I could not find suitable local trainers to refer these people to. So, one day, I decided to train my first “civilian” dog. I had tremendous success and enjoyed the process. That same day, I realized that I was selling myself and my clients short by refusing to work with pet dogs. I also realized that, for every single police dog in the world, there are 10,000 or more civilian dogs (and their owners) who also need help. Once I made the decision to open my doors to the civilian world, there was no turning back. To this day, the phone never stops ringing, and I am never at a loss for dogs to train.

My initial success and the vast bulk of my business to date has been almost purely via word of mouth, and referrals from past clients. Now, almost three years into the success of training civilian dogs, I find myself obligated to make my work accessible to dog owners all over the world: This is how DIYK9 came into being - as a platform to provide high-end, video-based canine training courses.

These courses are the culmination of 20+ years of personal experience with hundreds of dogs. My exclusive local Board & Train Program at American Standard Dog Training is extremely successful. And whilst I am very grateful to be in this position, I want to do more for people out there: I want to ensure that EVERYONE can access my knowledge and expertise in dog training, and behavioral modification.

No longer do I want to limit my offerings to the dogs in our in-house training programs. The success of our companies continues to grow, and I am very thankful for all of my customers who have given us the opportunity to serve them along the way. I want to thank you, the reader, for taking the time to come to our website and find out about our new online training programs. I am excited about the opportunity to provide you with a spectrum of high-end online training programs. These courses follow the same principles, and standards, that we are known for. Thank you again for your interest in our work. Please feel free to contact us with any questions you might have. We look forward to hearing from you! 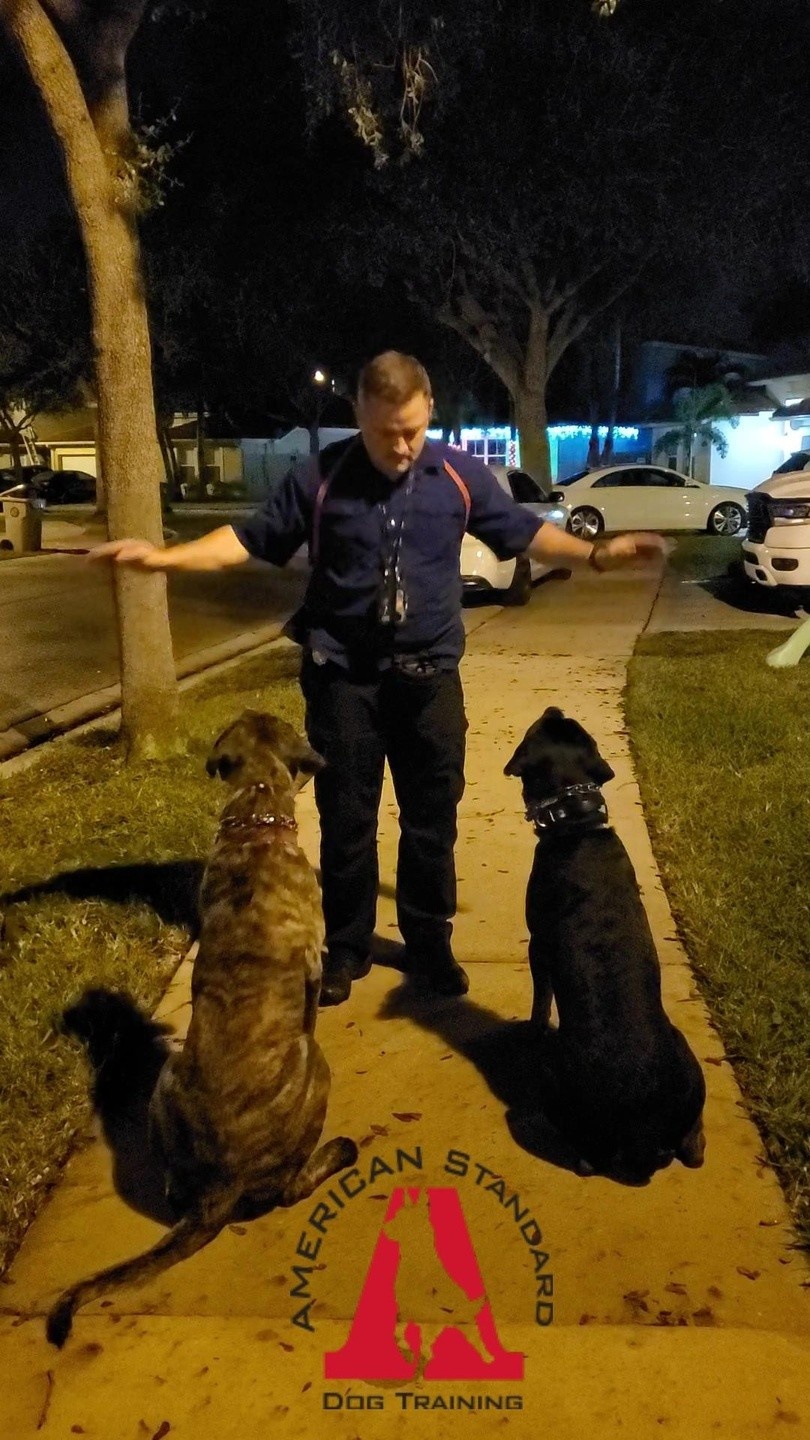 Make 2023 The Year You Finally Own A Well-Trained Dog!

Get 23% Off Our Online Courses!

Register Below To Receive The Coupon Code: